Access the new map layers by pulling up the full screen map in the Astrospheric app or at Astrospheric.com 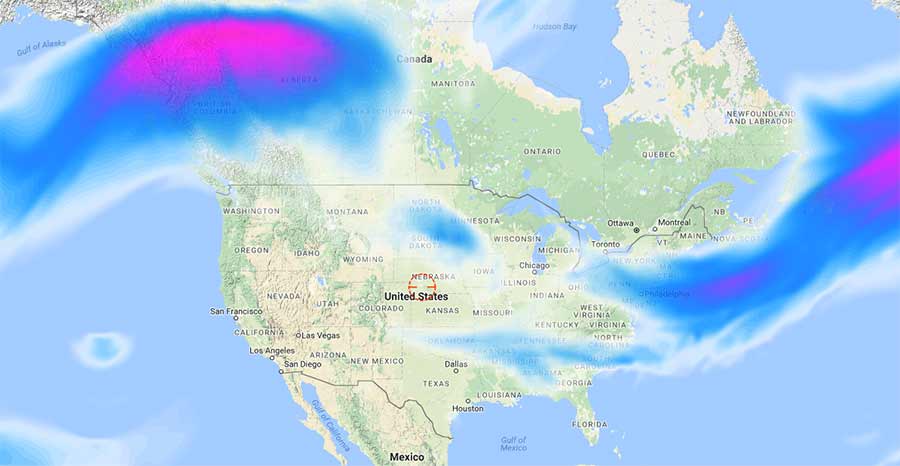 The jet stream forecast shows wind speed at the 300mb pressure level (about 30,000 feet or 9000 meters). Intense winds at this altitude can degrade seeing conditions and limit the effective magnification available to a telescope. Objects will appear to ripple and move, stars will twinkle.

Aerosol Optical Depth (AOD) is the measure of the extinction of light by dust and haze. Astrospheric uses the NEMS GFS Aerosol Component (NGAC) to produce this new map overlay in hopes to better track forrest fire smoke and other large scale pollutants that enter the air.

The AOD unit is dimensionless with no maximum. Values less than 0.1 correspond with very clear air. Values greater than 0.4 correspond with hazy conditions. The average in North America is roughly 0.15. During the recent forest fires near Vancouver BC, values as high as 6 were measured and forecasted over the Pacific Northwest!

For now, AOD is experimental and NOT incorporated in the standard 48 hour forecast. It is viewable only as a map layer and is updated twice a day.